Transfer of Knowledge between Central Europe and Palestine:

This project aims to explore the biography and work of Shmuel Hugo Bergman (1883–1975), and elucidate his crucial position in the cultural, intellectual, and political life of pre-state Jewish and subsequently Israeli society. Originally from Prague, where in the first two decades of the 20th century he led the Jewish-cultural renaissance of the local German speaking community, Bergman moved to Palestine, where he assumed an influential role within the yishuv. He soon became a leading institutional figure associated with the development both of the Jewish National Library (of which he was the first director) and the Hebrew University (where he served as the first rector). At the same time, in light of his active advocacy of bi-nationalism and Arab-Israeli dialogue, and by virtue of his participation in various other political and labor organizations, Bergman emerged as an important point of reference for left-wing Israeli discourse. The research will generate an intellectual biography that encompasses the multiple aspects of Bergman’s political, scholarly, and cultural activity. 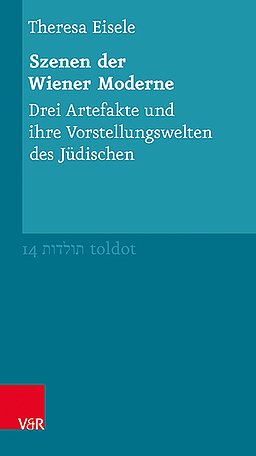 »An Ideal Picture of the Jew?« Jewish Responses to Vice in 1910s New York City
Contribution of the »Festblog«